Sam’s first attempts at engraving were made around 1970. A couple of years later he purchased a set of gravers from Dixie Gun Works mail order catalog, and proceeded to scratch metal quite unsuccessfully for several years.

The book THE ART OF ENGRAVING by James Meek provided some of the missing pieces to the engraving puzzle, and in 1980 Sam began engraving for hire during off hours as a professional musician.

In 1982 he had the good fortune of two weeks of study with the great Lynton McKenzie, and Sam assumed Lynton’s place at the bench at New Orleans Arms Co. where he worked for seven years.

In 1989 he ventured off on his own, engraving knives, firearms and jewelry, and joined the GRS Training Center in 1998 as an engraving instructor, and in 2019 was recognized as a Grandmaster Engraver.

An artist, photographer, illustrator, and designer, his designs have been licensed around the globe for fabric design, product packaging, book covers, and more. 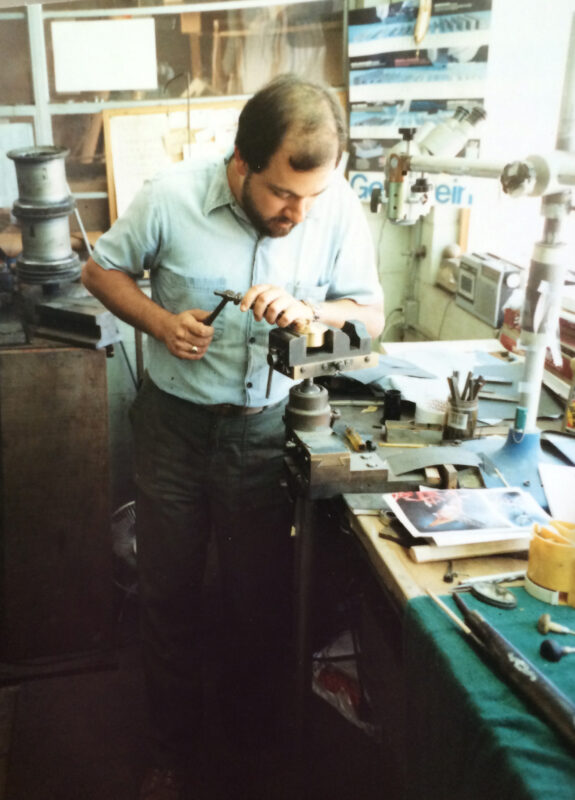